Sustainable Fashion Brands: The Future of the Industry

Mani-pedi at Home. Full Guide on How to Achieve Flawless Nails

30 best and meaningful gifts for mom

Everything You Need To Know About Glitter Makeup

How To Tell If You Have Cool Or Warm Skin Tone

24 Luxury beauty products worth the splurge

The Perfect Red Lipstick for Your Complexion

What is the best camera for a budding photographer – parameters and...

How to: Pink in Makeup

The Best Purple Shampoos to Keep Yellow Out of Blonde Hair

7 Makeup Vloggers That Will Vastly Improve Your Makeup Game

15 Most Gorgeous Wedding Dresses For Fall

Habits for strong and healthy hair

by Pragya
Home Lifestyle Is there a Link between Creativity and Depression?

Is there a Link between Creativity and Depression?

Ludwig van Beethoven, Vincent van Gogh, Virginia Woolf, Edward Munch, Jackson Pollock… There are two things that connect these people. First, they were all famed artists – musicians, painters, writers… Second, they all suffered from some form of depression. And that is an eternal question for science – is there a link between creativity and depression?

Are all people who suffer from some kind of depression more creative than those who are not? Or are highly creative people more prone to developing depressive disorders? We dove deep into the studies to come up with the answer. So if you ever wondered the same question, read on.

Famed artists who suffered from depression

Countless influential poets of the 18th and 19th centuries, such as Lord Byron and William Blake, actually wrote about the extreme mood swings they had to endure. Many modern poets were even hospitalized due to the severity of their depressive episodes. 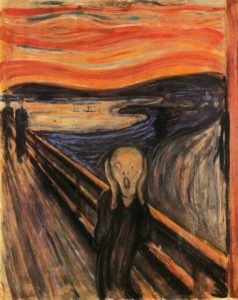 Looking at Munch´s ˝The Scream˝, one of the most iconic masterpieces of painting, it is clear to anyone that before them is a scene of intense psychological distress. Thanks to excerpts from Munch´s diary, we know that he depicted a real-life event. Even though he suffered his whole life from a psychological illness, he recognized and accepted it as a source of his genius. Convinced that he could not create art without it, he did not want to resolve it.

Van Gogh also walked the thin line between madness and genius. Commercially unsuccessful during his life, even though extremely prolific, Gogh´s works of art today reach more than $60 million. Reading the correspondence between him and his brother Theo, it is evident that Vincent was aware of his disturbing psychological state. But was unable to understand and explain it, let alone embrace it as part of his ingenuity, as Munch did.

If he was aware of what was happening to him and how that affected his art, would he be able to deal with it better?

Dealing with mental illness is no longer taboo

Thanks to wider psychological education, the topic of depression became less taboo. Many famous people and prominent figures are speaking out about mental illness, sharing their stories and experiences.

Some of the most successful artists in the world at the moment – Adele, Lady Gaga, Kristen Bell, Zayne Malik, Cara Delavingne, and many, many more, openly talked about the difficulties they have dealt with depression, anxiety, or some form of mental disorder. Thanks to their stories, mental illnesses are becoming less and less taboo and people are starting conversations around those topics. Some artists accepted it as a part of their lives, and some stated that they have created their best works when in bouts of depression. For many, these episodes empowered them to become stronger and create outstanding work!

What science has to say about the link between creativity and depression?

It was only in the past two decades that science made an effort to conduct systematic studies on this topic. One of the first was completed in 1970 by Nancy C. Andreasen who examined 30 people in the field of creative writing and has noticed a high prevalence of mood disorders amongst them. In all of the succeeding studies, percentages of participants (writers, visual artists, poets, painters, musicians, etc.) who experienced some kind of mood disorder were always pretty high.

Even though there have been many scientific efforts to provide an answer to the above question, none have been conclusive. Some believe that those suffering from depression and other mental illnesses turn to art and creative line of work as some sort of therapy. Others claim that it is depression that provides inspiration and acts as a subject for many artists´ works. Then there are those who say that artists have to experience the ultimate depths of emotional pain to produce works of the highest quality. Most probably, it´s everything combined.

Is it possible that depression could enhance creativity and be the source of genius?

What are the statistics about depression?

Depression affects twice more women than men and usually appears later in life. While bipolar disorders plague women and men equally, often before the age of 20. On one hand, bipolar disorder is characterized by constant mood changes. You go from feeling depressed to euphoric and hyperactive, from feeling extremely happy to extremely sad. There are also milder forms, without such debilitating changes. As well as more advanced cases, which often result in hospitalization. On the other hand, major depression is manifested with longer periods of complete dysfunction. 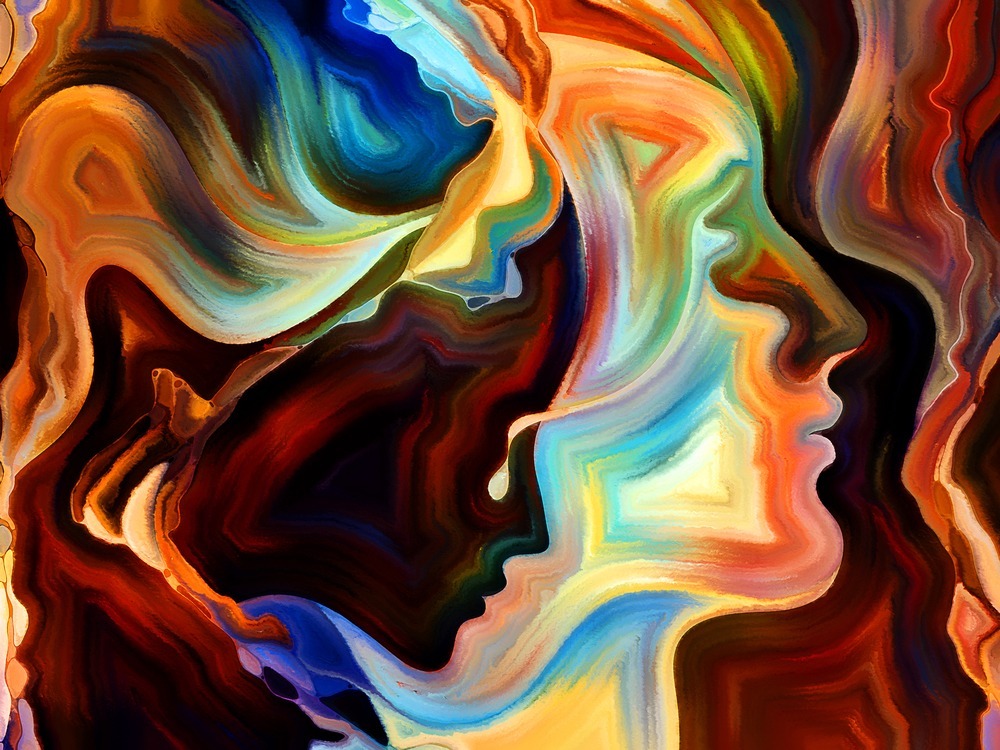 In which way do these major mood disorders actually affect the work of artists?

It seems that having a low mood can benefit creativity, allowing for deeper thoughts and new perspectives.

Art therapy can improve mental health in general, participating in creative activities can decrease stress and anxiety, and balance out mood oscillations. From last year, in Canada, doctors are even prescribing museum visits to combat physical and mental ailments. They rely on scientifically-proven benefits of art on health. say that the benefits are similar to those patients can get from physical activity, prompting the secretion of a similar level of feel-good hormones, and can help with everything from chronic pain to depression, stress, and anxiety.

Art is helping people express themselves at a very deep level and when seeing that there exist other options, gives hope that things can change. 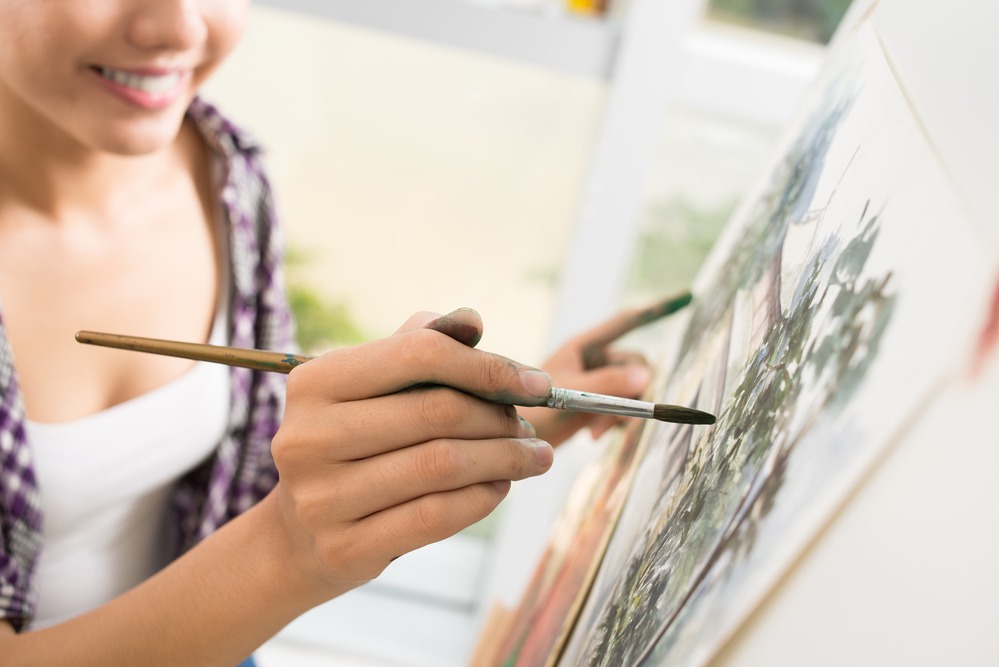 Furthermore, when we involve in creative processes, a ˝happiness˝ hormone dopamine is being released. When we finish a project, especially an enjoyable and meaningful one, a feeling of psychological satisfaction emerges called ˝effort-driven rewards˝, which reinforces brain circuits. This indicates that activities such as dancing, making music, painting, sculpting, photography, any which involve using our senses to create something on our own, stimulates the release of brain chemicals effective in battling depression.

Embark on the journey of artistic discovery!

Through creative processes we are encouraged to dig deeper into our consciousness, get to know ourselves better, and deal with our emotions and fears, using art as an outlet to express them in a healthy way. By doing this, we heal our soul and pave the way to overcoming depression, besides just using medication and regular forms of therapy. This is the winning combination for diminishing the feelings of sadness, loneliness, anxiety, and many others which accompany depressive disorders.

You don’t need to be a highly creative person to embark on the journey of artistic self-discovery and emotional healing. Choose the medium in which you feel most comfortable and either alone or with the guidance of a licensed therapist, use the healing power of Art therapy to strengthen your mental health and reach an emotional balance.

Encourage your depression healing by taking an art class

Apart from learning a new skill and having a creative outlet, by taking a group class, you will also be part of the community. Being part of a community can have a positive effect on mental health and emotional wellbeing. Community involvement provides a sense of belonging and social connectedness and it also offers extra meaning and purpose to everyday life. Taking a painting, dance, acting, makeup class – any kind of art class will also develop your skills faster and you will feel good about your progress. And as soon as you know – you will get hooked on it, and your mind will be occupied with something you LOVE doing. And that is the most powerful tool for a happier and calmer mind.

Have a blueprint for dealing with depression

You need to have an action plan. Depression can be seductive and when depressed – one tends to procrastinate dealing with the problem. Involve yourself with as many activities as you know that will benefit your health. It’s a journey to cope better with your struggles. There are a lot of brilliant books on the topic. Give them a chance to open up your mind to new ways of thinking and therefore, new ways of living.

Books like The Artists Way, The Perfect You, and The Creativity Cure provide great insight and practical mind exercises to get you out of the rut. Try expressing your creativity with a Women + Patterns + Plants: A Self-Care Coloring Book. We love how all the illustrations inside celebrate the wild woman, and the natural world she lives in. This coloring book will inspire and give you the strength to cope with your struggles in a healthy way.

How about, instead of reading about your problems you write them down.  Be honest and brutal and BURN them afterwards. “Burn After Writing” is an absolute bestseller. It makes you push the limits, reflect on the past, present, and future, and create a secret book that’s about you, and just for you. This is not a diary, and there is no posting required. And when you’re finished, toss it, hide it, or Burn After Writing.

There are books that deal with specific kinds of trauma, like an addiction for example. A great example is “Art Therapy in the Treatment of Addiction and Trauma” This book also focuses on art therapy for trauma within specific populations, including incarcerated individuals, military personnel, and survivors of commercial sexual exploitation.

Body image and body dysmorphia are big issues in today’s society. It’s hard to love and accept yourself for who you are. “The Art of Body Acceptance” will help you gain more compassion and care for your beautiful body. While we are on this topic don’t miss out on  “The Body Is Not an Apology”.

Our last proposal is for the ones who work too much and worry a lot. God knows… The capitalistic society has made most of us like that. “How to Not Always Be Working: A Toolkit for Creativity and Radical Self-Care” is a guidebook filled with practical advice to help you curb your obsessions and build boundaries between your work, your job, and your life.

Finally, if you are suffering from any form of depression – you owe it to yourself to express your feelings. Don’t suppress what and how you are feeling, as it can build up and lead to negative outcomes. Express yourself through any medium that you find attractive. Don’t be afraid to put yourself first and prioritize your well-being. The greatest gift you can give to yourself, others, and the world – is a healthy you!

Fashion Stylist: Bring Your Own Style To The Fashion World