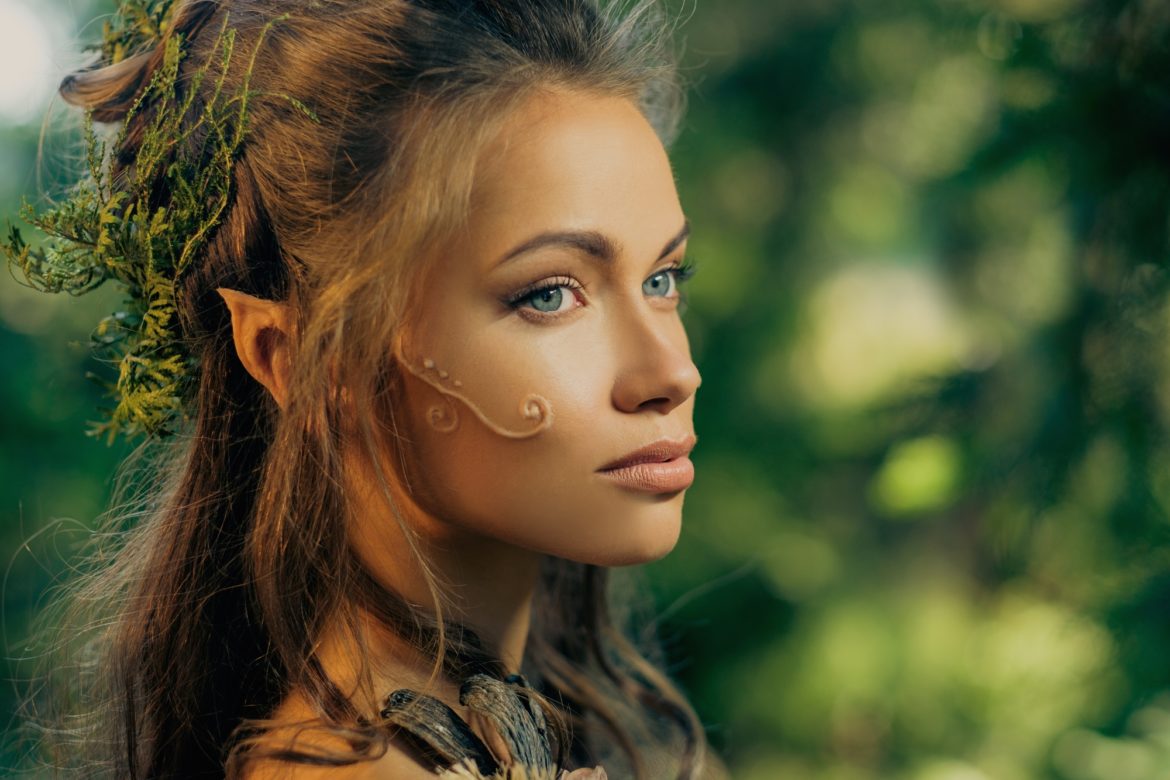 Special Effects Makeup Artistry: Everything You Need to Know

Monsters, aliens, magical creatures, and mystical beings come to life on film thanks to the art of special effects (SFX) makeup. The vivid imaginings of mythical and mysterious fiction are brought to the limelight, influencing future creators. Special effects makeup is part of the varied field of makeup artistry and also has many variations itself. If you have an interest in creative subjects and love for movies – this might be the perfect career for you!

Indeed, iconic characters like Dracula, Frankenstein, The Mummy, and Wolfman wouldn’t have been ingrained into the modern pop culture if it wasn’t for Jack Pierce’s special effects makeup artistry. In recent times, we’ve witnessed horror and thriller masterpieces that haunt the darkest corners of our dreams. SFX makeup has become one of the essential parts of the visual aspect of modern cinema and art.

What Do Special Effects Makeup Artists Do?

In coordination with the production designer of a movie, TV, play or even a private client for cosplay, SFX makeup artists use cosmetics and prosthetics to modify the appearance of actors. These modifications can appear as bruises, wounds, abrasions, deformities, mutations, and more.

Most makeup artists primarily enhance the appearance of actors and actresses, but SFX artists use makeup and other materials such as silicone, latex, and rubber to connect a performer to their role.

You can think of any medical series that depicts macabre scenarios involving accidents and medical situations. Or think of the last horror movie you’ve seen. Think The Lord of the Rings, Star Wars, Star Trek, or any other fantasy or sci-fi film. SFX makeup has been around for quite a while.

At this point, it sounds enticing to express one’s artistry into eliciting the same emotions that fictional icons give their viewers and fans. Where can you start?

Where Can You Learn to Be an SFX Makeup Artist?

If you want to use special effects makeup to develop characters that tell a story, where you begin and what qualifications you need would cross your mind. Most special effects makeup artists’ careers start with a relevant course. Most of these schools don’t require previous knowledge and experience, but will often ask for a motivational letter and any kind of creative portfolio.

There are now plenty of degree courses in special effects makeup. In the UK, for example, to be able to work as an SFX makeup artist, you need the following:

In terms of training courses with credits, there’s Gorton Studio, founded by Neill Gorton, a multi-award-winning prosthetics designer. The Academy of Freelance Makeup also has a specialized Freelance Certificate in Creative Special FX. That covers competitive courses to help you develop your SFX makeup skills.

For more makeup schools, take a look at our list of 20 best makeup schools in the world. Many of them offer high-quality special effects makeup programs.

The benefit of going to makeup school is that you get the opportunity to learn and experiment using the latest products. Ultimately this gives you more playtime, which you don’t get when you start working. Once you leave makeup school, you will fund the cost of buying and experimenting, which can be pricey. So use your time in school wisely. The right special effects makeup college course will also expose you to contemporary products and techniques.

To be a successful special effects makeup artist, you will need a lot of patience, practice, excellent portfolio, and love for the craft. Hours can be long, and the work can be challenging.

Related: Top 20 Makeup Schools in the World to Propel Your Career

How to start your career as a special effect makeup artist?

Special effects makeup artistry is not an industry that you can fall into — you have to work extremely hard to get your start. With that said, there are a few things that can help you get your work noticed.

You must have clean, good shots of your work. So as for every makeup artist, you must make your makeup portfolio. You never know when you’ll have an opportunity to show your best work to someone influential, so always be prepared! Market yourself well. Beside your makeup portfolio, you must maintain an online presence as well. Social media has made it much easier to find and contact people, so use it wisely. It can also help you get recognized, so it’s a good idea to maintain a decent profile on Instagram, Twitter or Facebook. Treat it like a business tool, and post images often to social media.

Related: How to Build a Stellar Makeup Portfolio

Network within the industry

Networking is vital. Be prepared to collaborate to build a repertoire and contacts. You have to get to know people and go to the right events to make connections. It’s also imperative to know who’s who in the industry. If you don’t know where to start, film credits are a quick and easy way to get information about people to contact for information and opportunities.

Don’t pin your hopes on the most senior/influential person. Maybe one in every thousand will get their lucky break from industry leaders, so you’re more likely to get noticed if you go through someone junior. Have a look at who works for, or used to work for, people you admire and reach out to them. Apply for the correct level of jobs and work experience.

What to expect working as a special effects makeup artist on a movie set?

Special effects makeup artists have performed their duties in the film industry since its beginning, and have helped contribute to the suspension of reality that is key to the immersive film experience. Because the job requires you to focus less on making actors pretty and more on making them look monstrous, bloodied, or alien, you will find your talents employed mostly on science fiction and horror films; though you’ll also be essential on any movie or television show that needs a character to get a black eye, age 20 years in a day, or come out of the closet as a strange half-plant, half-human creature. Long hours on set and making actors feel comfortable during the eight hours in the makeup chair are just a couple of the tasks you’ll face, but the rest of the job will be spent making artifice look natural.

Although rewarding, the work can be challenging and physically demanding as hours are very unsociable and it’s unusual to work less than 13 hours a day on a film set. You’ve got to stay alert and can’t get in the way of the shoot, though you’ll have to be nearby in case you’re required for a touch-up. You’ll also have to have two makeup kits: a full one in the trailer and then a smaller, ‘on-set’ version. This smaller kit will include lots of quirky tools like a bottle of water, aspirin, first aid kit, and a hand-held fan. They may sound silly but they could become as essential to you as lipstick.

Being a makeup artist on set doesn’t mean you will need to only apply makeup. You need to think about a lot of different stuff specific to making a film. One of them is continuity. Productions are rarely shot in sequence so you could find yourself working on the ending of the film and then the middle part on the same day. It is essential to keep track of continuity, take photographs of actors, and apply the exact makeup every time. Otherwise, viewers will see a lot of inconsistencies and work will look amateur.

It’s essential to know how to remove your special effects makeup correctly as well. If not, you could end up with an actor with a red and irritated face, which could be problematic if they’re shooting a more natural look next.

Take a look at some of the best special effects makeup artists for inspiration and motivation.

Special effects artist Rick Baker, well-known for his work on Men In Black, An American Werewolf in London, The Nutty Professor and The Wolfman, has won seven Oscars throughout his 40+ year career.

Neill has worked with a long list of A-List stars including Johnny Depp and Jennifer Lawrence. Her film and television credits are just as recognizable: The Hunger Games, The Amazing Spider-Man, Sweeney Todd, Pirates of the Caribbean, How The Grinch Stole Christmas, Batman & Robin, Edward Scissorhands, Star Trek, and the list goes on. She is also a jury in the Sci – Fy’s series called Face-Off – where you can learn a ton from competitors, and Director of Education at Cinema Makeup School.

Academy Award-winning makeup artist Dick Smith is most famous for creating SFX application methods that became the standard for Hollywood film and television, like fake blood, layered prosthetics and foam latex for an aging face. Some of his most notable credits include The Godfather, The Exorcist, and Taxi Driver.

Winston has received 10 Academy Award nominations – winning four – and is one of only three SFX makeup artists to have a star on the Hollywood Walk of Fame. He’s also won two Emmy Awards out of six nominations, as well as three BAFTA awards out of five nominations.

In the end, don’t be afraid of failure — mistakes are inevitable. It’s vital to understand why things go wrong, so use praise and criticism constructively as they’re equally important.

10 Style Essentials for a Fashion Photoshoot

Grow your reputation as a Makeup Artist. Hottest...

Top 20 Makeup Schools in the World to...

25 Vegan Makeup Brands you MUST TRY !

How Makeup Artists Can Get Published in Fashion...